WHEN I was kid, like other kids, I’d pretend.

I’d think of something else, I’d imagine whole scripts of dialogue in my head and, if I had a willing playmate, I’d feed them lines to say in advance, ready for my pre-scripted reply. My friends didn’t know it, but they weren’t playing, they were in a play. I’d give them jokes, give them secrets to flesh out their characters, offer them cues and then pull back and reveal the response I’d been waiting to share with them all the time.

I must have been a nightmare.

If I was on my own it didn’t matter. Like any other young lad in Liverpool, in the seventies, I’d kick a can and hear the match commentary in my head as I hopped on and off the kerb (I was rubbish at football and couldn’t kick it straight). 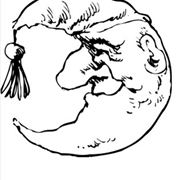 Thing is, though, I didn’t just hear the commentary, I heard the voices in the crowd, I heard the interviewer after the game, I answered his questions. I was the manager, I was the player, I was the player handing over the Man of the Match award. I was the pundit next to Jimmy Hill. (I didn’t want to be Jimmy Hill, I already had a big nose, if I’d tacked on the big chin I would have looked like a storybook picture of the man in the Moon.)

I saw the smoke from the cigarettes rising to the floodlights; I smelled the hotdogs outside the ground, on the way home; the stale ale breath, the rough concrete under my pumps and the rougher elbows of a swaying crowd.

I didn’t just imagine it, I felt it all in my head, in between can kicks.

I like to think I was special but every kid probably did the same.

The only difference was I’d do it the entire time I was awake.

There may well be a couple of old teachers who still go in every day, not noticing there is nobody behind them as they write in the dust of a million faded worthless words that went before

I didn’t speak until I was four. My handwriting hasn’t improved much from when I was about eight (around the time I finally figured out how to spell Schumacher) and if you want to know about my issues with grammar just ask the editor to publish this un-edited.

My mother used to tell a story about my first day of infants, about how I embarrassed her by screaming and holding on to the door knocker, refusing to let go, telling the world at the top of my lungs that I didn’t need to go and that I hated her for making me.

I wish I’d never let go of that knocker sometimes.

School dragged on for God knows how many years and we both knew, me and school, that we’d never get on and we were wasting each other’s time.

I left with two O'levels and a sense of relief (geography and metalwork in case you are wondering).

It wasn’t my entire fault: in truth my school just wasn’t very good and everyone knew it - kids, parents, teachers… even the caretaker couldn’t really be arsed. It closed not long after I left and I’m not sure anyone noticed.

There may well be a couple of old teachers who still go in every day, not noticing that there is nobody behind them as they write on dusty blackboards in the dust of a million faded worthless words that went before.

We studied the Black Death for what seemed like longer than it was actually killing people. There were times when I thought it would have been better to die from it.

Schools went back the other day, as summer was snatched back from the laughter of children.

Between the hours of eight and nine, all around the country, kids trudged along wearing grow-into-it blazers and new about-to-be-stamped-on shoes.

The misery, the pain, the years ahead all came back to me as I chatted to my neighbour's lad with his mum at four o’clock just after he had got home.

“I hated it.” he replied from under his fringe.

“You didn’t,” his mum said. “He didn’t,” she confirmed to me, even though I’d heard her telling him he hadn’t.

“I did, it was rubbish, a complete waste of time.”

“What do you want to do when you leave school?” I asked, hoping to help him avoid him getting the clip round the ear his mum looked about to unload.

“What? Drink too much coffee and stare out the window all day?”

I didn’t have the heart to say it was pretty much the same thing, so I just smiled as his mum jumped in.

“Well then you need to study and go to university, doesn’t he Tony?”

“It’s the only way you’ll get anywhere,” she added sensing my doubt.

I nodded, just in case the clip came my way.

I never went to university, even all these years later it still rankles a little and tickles a tiny bit of shame when I’m in learned company. I got a job working for a roofing company, where I was taught to climb ladders and to tell dirty jokes with fellas who thought I was weird, and called me Sid Vicious because of my haircut.

I had a boss called Dave who challenged my opinions and asked me about current affairs. I learned about drinking beer, new kinds of music, how to talk to people older than me and I started buying the Guardian so that I knew what I was talking about when I did so.

I grew up, a little. But I remain that kid who dreams all day and has conversations in my head.

The University of Life is an overworked phrase that people like me use too often.

But when I saw my neighbour’s boy, trudging home from school the other day, behind his floppy fringe, with a bag of books cutting into his shoulder and bunching his too-big blazer, I was glad it is still open for anyone who needs it.

And at least nobody fucks with the syllabus.

Tony Schumacher's debut novel, The Darkest Hour, is published by Harper Collins on November 23. Follow him on Twitter @tonyshoey Don’t worry, organisers are not running out of ideas Starting from nothing, she has created a brilliant business and a huge following across social...