ONCE there were rowing boats in Sefton Park, but they've long gone. Then there was the Jolly Roger, but that's gone too. So we've not got much hope of keeping the newest addition to the Sevvie Park Navy, especially as it seems to be sinking fast.

A mole (or should that be water vole?) has told Liverpool Confidential that the resurgence of the most famous of all the White Star liners has absolutely nothing to do with the multi-million pound Titanic extravaganza being lavished on that other big city green space, Stanley Park, this weekend.

With a budget of a tenner or so, Confidential learns that this RMS was supposed to be captured plunging to the depths at an angle of 45 degrees or so, but instead has settled in the mud with a gentle list to starboard.

Catch it quickly before the blue meanies organise a salvage squad and send it off to a breaker's yard for recycling. 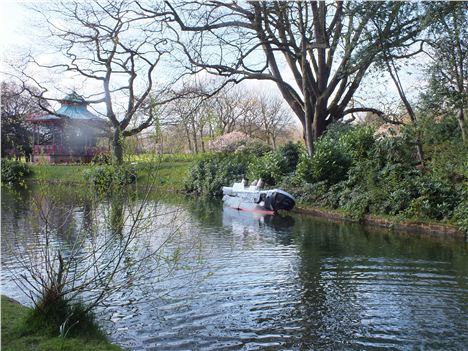 New dates for The Blend by Chivas
● / Things to Do